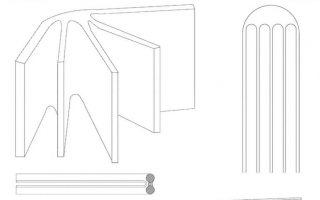 This year in May at Google I/O Developer Conference, there was a hint given that they are thinking about the Foldable Screen. There was no confirmation made, about when that could happen, but was expected to be seen soon. Today, we got the Patent image made by Google LLC at WIPO.Google Foldable Screen patent was actually published yesterday on 27th June.

According to the patent, the device will have multiple OLED screens. In fact, the display panel can show content on both sides. If I remember, that was only seen in ASUS’s Taipei Laptops (Can’t remember the exact model no).

What’s the most important question is, by when can we expect the Google Foldable Display. Also, will it be seen in a Phone or a Table? In fact, Samsung Galaxy Fold and Huawei Mate X are already on their edge. Now, Google getting into the market with foldable screens might bring some change too. As of now, the only thing know is that the Foldable screen and we believe that in a couple of months we might get to know where exactly we might see the display on.

Truckers – Use your spare capacity