White Screen of Death (WSoD) is a common problem that indicates some kind of issue related to the Operating System. This is encountered by most of the Windows 10 users at some point.

There are a handful of reasons that can lead you to the white screen problem in Windows 10. In most cases, it is a temporary issue which a simple restart can solve. Yet the underlying problem which should be addressed right away could be outdated graphics drivers, recent Windows updates, or available uninstalled ones. Ignoring the issue when a restart solves it will leave you in a bigger puddle in near future.

How to Fix White Screen of Death on Windows 10

The list given below is ordered based on difficulty level and is advised to start from the beginning and explain How to fix the white screen of death in Windows 10. Most probably your issue will be solved with the first two themselves.

This is a no-brainer. If your computer is showing a white screen instead of the welcome login page, long-press the power button till the computer completely shuts down. Then start it by simply pressing the power button once again.

Any minor problems that could have caused the white screen will be solved by this itself.

Fix 2: Remove any External USB devices connected to the PC

If a force reboot didn’t solve the white screen of death on your Windows 10, check and remove any kind of USB devices connected. This includes even the Keyboard and Mouse. And with this done, try force-restarting the computer as depicted above.

If this time the problem is solved, start connecting each device successively back to the computer to determine which one caused the issue.

Sometimes, startup problems are caused by recently installed apps, and entering safe mode can help you pinpoint the culprit. Now follow these steps to go to safe mode.

Now, if the computer boots up, it is clear that some recent app installation caused this issue. All third-party applications are disabled in Safe-mode by default. Now all you have to do is remove those apps or simply return to a preferred restore point (Explained in Fix 7). 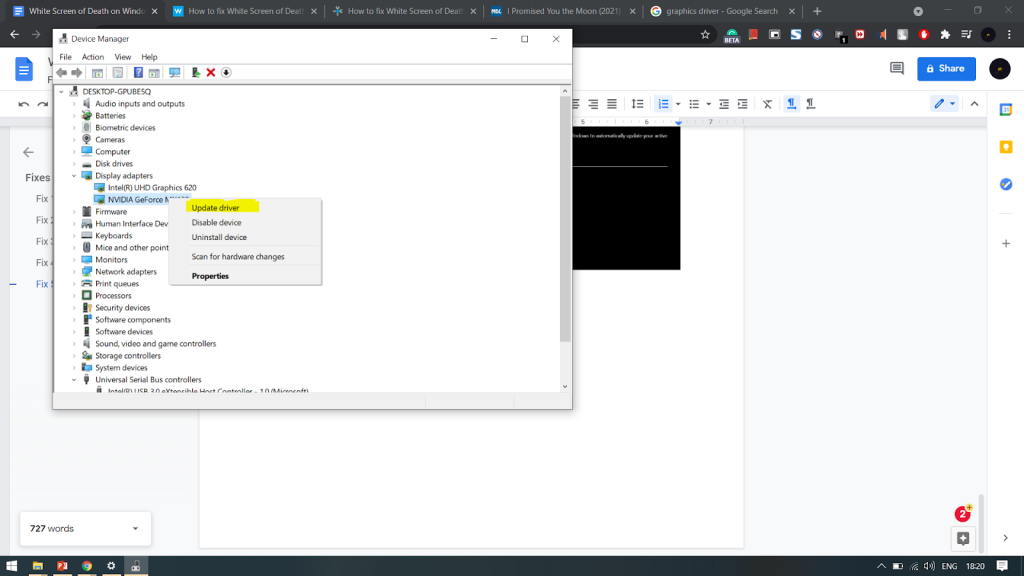 The White Screen of death can be caused by an outdated graphics driver and it causes problems when certain apps are run without an updated driver.

Sometimes, the driver won’t be able to receive an update using the device manager. At the same time manually updating the driver is a hectic process. You could do the same with a dedicated tool that can do it automatically.

The next fix could make this process even easier. 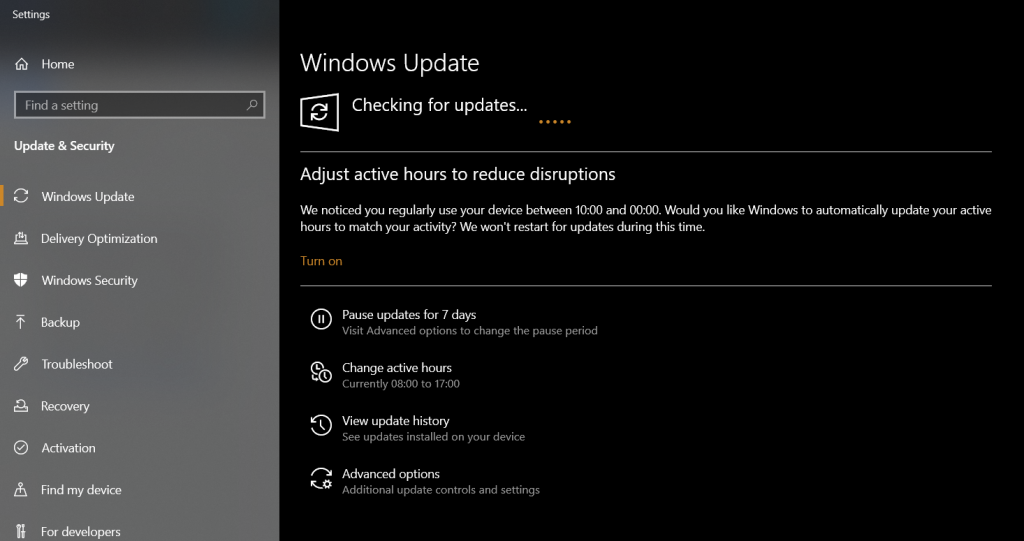 If the white screen problem was contributed by any system malfunction, this process will solve it.

It is no news that the efforts from Microsoft to keep Windows up to date had invited some system issues. Some are really troubling causing the whole system not to boot up.

White screen of death could be caused by corrupt or interrupted windows updates too. If you think that’s the reason, follow these steps to solve that issue.

Regardless of your system specifications, Windows 10 strives to provide you with a seamless performance even while running energy and memory-hungry applications. And with that said, there is a high possibility of you running into some issue now and again. Most of these issues only require some simple tweaks here and there or fire up the built-in troubleshooting system.

When it comes to the White screen, the solutions get a bit confusing and the efforts futile. Needless to worry, this tutorial must have simplified all your confusion about the white screen and lead you to solve this issue.