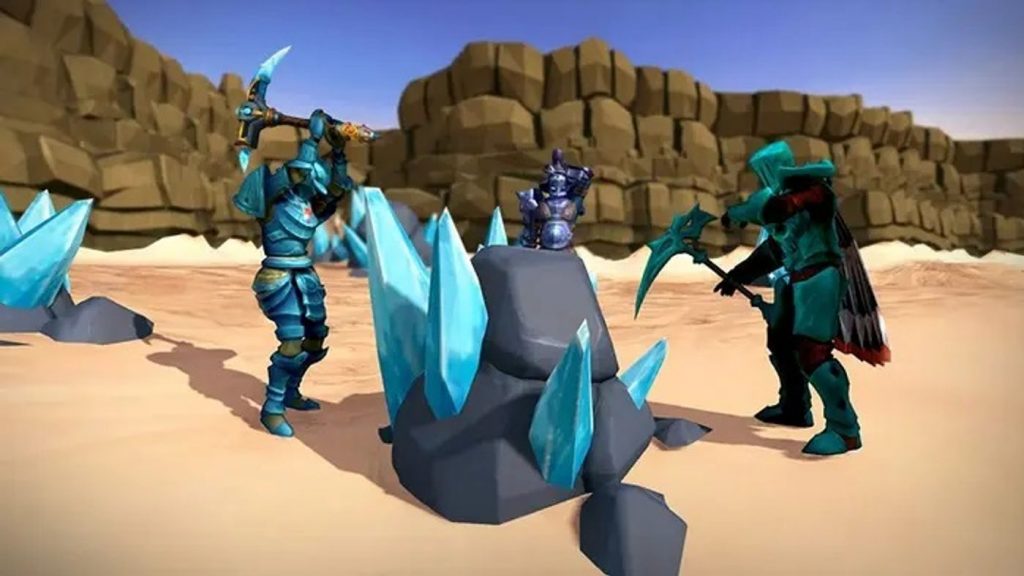 RuneScape is an MMORPG that has grown year on year since its release. It is a popular game that has been around for over a decade and has a cult following. They set the game in a medieval fantasy world and have a wide variety of activities and skills for players to level up. These include combat, magic, woodcutting, and more. Players can also join clans, and there is a strong sense of community within the game.

The beginning of RuneScape

Developer Jagex originally released the game in 2001 and has since seen several updates and expansions. They set the game in the fantasy world of Gielinor, and tasks players with completing quests and exploring the world. RuneScape has a large and dedicated fanbase and is one of the most popular MMORPGs still in operation today.

Why did they shut down RuneScape Classic?

On September 17, 2013, Jagex announced they would shut down RuneScape Classic, the first iteration of their popular MMORPG. The shutdown was a necessary decision because of the technological advancements those days.

The game was innovative for its time, and its simple graphics and mechanics were part of its charm. However, as MMORPGs have developed, RuneScape Classic became increasingly outdated.

What makes RuneScape 3 different from RuneScape?

RuneScape was first made available to the public on January 4, 2001. This is when RuneScape classic was released, and the game looked a lot different from it does now. However, RuneScape 3 is just a version update for RuneScape and was only known as “RuneScape 3” following a massive, game-changing upgrade known as the “Evolution of Combat.”

This update was made available to the public on 2013 and completely altered the fighting mechanics and introduced a slew of new features, such as abilities, that had not before existed in the game. After the Evolution of Combat update, the player base of RuneScape 3 fell sharply as most players decided it was no longer the game they used to love and enjoy.

The beginning of Old School RuneScape

Old School RuneScape was made because people wanted a more nostalgic and old-school version of RuneScape. The game was released on February 2013, and since then it has been growing in popularity. Many people enjoy the game because they take back to their childhoods when they used to play RuneScape on their computer screens.

What makes OSRS different from RS3?

This means that Old School RuneScape has all the content that was available in the game including many quests, monsters, and items that were later removed from the game. In addition, Old School RuneScape has a much more old-school feel to it than the classic game. The graphics are much more basic, and the gameplay is much more focused on grinding and repetitive tasks. This is intentional, as it is a more nostalgic experience for players who remember the game from when it was first released.

For many people, this could either be a pro or a con. Some people adore the more sophisticated fighting in RuneScape 3, whilst others favour Old School RuneScape for reasons other than combat, in which case simpler combat is favoured.

Whilst there is a newer version of the game (RS3), there are more players playing PvP in OSRS, so if you’re seeking an old-school PvP experience in different levels of the wilderness, this is the version you’ll want to play.

Should you play Old School RuneScape?

Overall, there are significant differences between Old School RuneScape and RuneScape 3, which is why Jagex created them as independent games. You will still be able to enjoy your beloved MMORPG game if you choose either of these games and just worry about what features you prefer or if you enjoy being part of a larger community or not.

In the end, no game is “better” than the other, although OSRS is unquestionably more popular in the community, thus it comes down to opinion. What game would it excite you to try? Let us know!

How Companies Are Using Cryptocurrency to Stay Ahead of the Curve

How are businesses using modern technology to advance?

The Importance of social media marketing in today’s business world

Is OSRS Better Than RuneScape 3?

Old School Gaming: The Best Games to Play on Your PC

6 Fun Boxing Games to Play on Your Computer

How To Be A Good Parent To A Child Who Games

Is OSRS Better Than RuneScape 3?

Old School Gaming: The Best Games to Play on Your PC

6 Fun Boxing Games to Play on Your Computer

How To Be A Good Parent To A Child Who Games