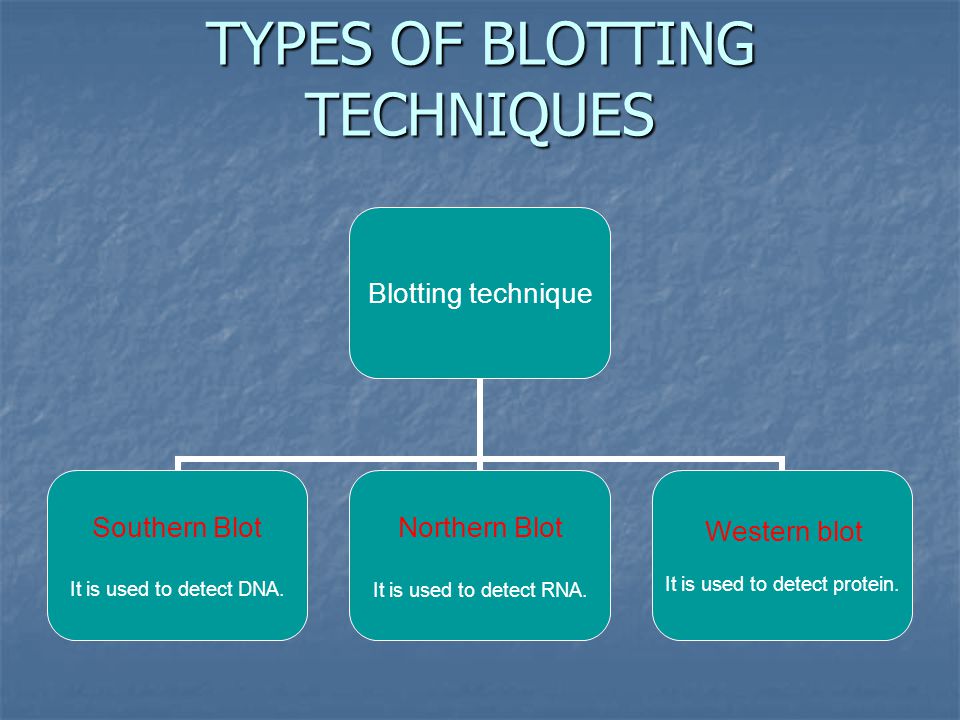 The Southern blotting technique that is used in laboratories throughout the world is a powerful technique that was created by Edward M. Southern in 1975. He developed the technique that bears his name while he was at the University of Edinburgh. Instructors use the Southern blotting method when teaching their students to be able to identify the major control region for both replication and transcription in the lambda phage genome. The Southern blotting kit follows a step-by-step procedure that is listed in an accompanying manual so that they can digest Lambda DNA that features a restriction endonuclease. They will then be able to use gel electrophoresis on the DNA before transferring the separated fragments on the gel to a membrane made of nylon. There is a DNA fragment that contains the control region that is identified by hybridization analysis through the utilization of a biotinylated probe for the control region along with the enzyme-color-producing assay. This technique offers a vast amount of very practical information when it comes to one of the most powerful methods in molecular biology while also illustrating an important strategy that is used for mapping simple as well as complex genomes. The entire experiment takes about three laboratory sessions that are about two to three hours in length to garner the results.

When it comes to garnering information about the identity, size, and abundance of DNA, a Southern blot analysis reveals a multitude of information. This blotting method is a classic technique that involves the separation of DNA fragments based on their size as well as the transferring of the fragments in the DNA to a membrane, conducting hybridization with a sequence-specific probe that is labeled, washing the fragments, and then finally the detection of the various labeled DNA bands.

When it comes to the southern blotting technique, it is very critical to obtain complete fragments of the DNA at various restriction enzyme areas. Modern Biology Inc. offers a wonderful selection of top-quality restriction enzymes that will assist you with DNA digestion. This will allow you to receive a very clear and detailed amount of Southern blot data that you will need to move on to the next steps. Each of these restriction enzymes have been validated to be able to use as a universal buffer, from L, K, and M to H and T, and also comes with an appropriate buffer for each one.

In plant breeding as well as genomics, gel electrophoresis is the preferred laboratory technique that is utilized to genotype certain molecular markers. Gel Electrophoresis is also used to isolate certain protein markers as well as DNA and RNA bands. It is a very important technique that is used in laboratories throughout the world on a daily basis.

Basically, fragmented DNA is electrophoresed on an agarose gel that is able to separate the fragments based on the molecular weights of each one. Sometimes, though, acrylamide gels can are used for better resolution for the smaller DNA fragments.

The agarose gel electrophoresis system is best when it comes to quick, high-resolution electrophoresis of the restriction digests as well as plasma preparations and PCR reactions. This system by Modern Biology Inc. features everything you need to complete this process as well as the other steps.

Once electrophoresis is completed, the DNA is then transferred to a nylon membrane that has been positively charged. More traditional methods of transferring DNA have been done overnight but the southern blot kit produced by Modern Biology, Inc. Is much faster and there is no need for additional buffers or liquids, which also speeds up the process and makes it more efficient.

When it comes to probe labeling, a nucleic acid probe is used to create the sequence homologous to the target sequences. These are labeled with a fluorescent dye, an enzyme, or radioactivity which can then generate a chemical signal that is luminescent when it is incubated with the appropriate substrate being used. The choice of the type of label depends on several things, including the nature of the probe or of the probe template, the amount of sensitivity needed, the ease of use that is preferred, quantification requirements, and even the time allotted for the experiment.

During the hybridization process, the labeled probe is incubated with the DNA fragments that have been immobilized on the blot under the conditions needed to facilitate the hybridization of the sequences that have been used. This is an important step in that Modern Biology Inc. has created a system that is much faster to utilize for this step, taking less than two hours.

The last step is called the detection step. This step is when the labeled probe that has been bound is able to be detected using the method required for that particular label that has been used. This makes it possible to have the results in a shorter amount of time from the Southern Blot technique.

Modern Biology Inc. has the Southern Blotting kit available as well as an array of other top-quality products that are being used in labs and by teachers throughout the world.