Good music recording is definitely possible with an Android smartphone or tablet. You just need to have the right apps & tools to make things happen. So, which are the best music recording apps for Android? Well, let’s find out in this article. 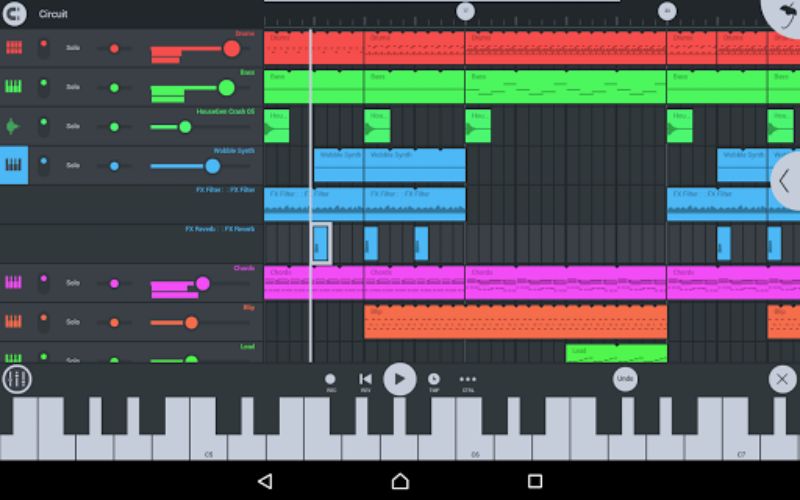 Below are the best options that are available in the Play Store right now. We have included both paid & free options. So, check out the features & choose the one that fits your exact needs.

FL Studio is a super popular music recording & creation tool that is used by professionals all around the world. Its mobile version is pretty great too & thankfully it is available for Android. It ain’t free but it’s actually quite affordable.

If the wide range of tools isn’t enough for you though, you do have options to add in-app purchases to further enhance its functionality. It supports multiple tracks, high-quality virtual instruments in the loop, voice recording with WAV output, multiple tuning options, Full-Screen support on Chromebooks & Samsung Dex & a lot more.

The Audio Evolution Mobile Studio is a great alternative to the FL Studio Mobile. It ain’t free either but, you get a trial version to check out if the features match up to your needs. It supports multitrack recording/playback internally or via. USB. There is a large number of formats that you can import to including WAV, it has multiple mixing, mastering capabilities & a lot more.

Also Read: Best Apps For Recording Music On An iPad

If you’re looking to do more but, want something free instead, then n-Track Studio might be a great option for you. Now, just to be clear, it does have a Pro version & monthly subscriptions that do much more but, many of you can get away with the free version instead.

The free version is limited to 5 tracks, 3 instrument tracks & 2 step-sequencer tracks so, the paid subscriptions actually give you unlimited tracks & up to a 64-bit Audio engine. We recommend trying the free version first & if you think that isn’t fitting your needs, it’s better to go with a one-time payment software from above as monthly subscriptions may not be the best option here.

Music Maker JAM is free with optional in-app purchases. This is a less complex way for recording vocals & adding instruments to it. The simple interface & controls make this one more logical for mainstream users. They also have a huge community sharing their own music on their platform. So, if you’re interested in these things, you might be better off with Music Maker JAM.

BandLab is where things get interesting. It is completely free & it doesn’t show any ads either. It supports up to 12 tracks in total & there are also more than 100 Guitar/Bass/Vocal FX presets alongside looping capabilities.

There is unlimited project support with cloud storage & multi-platform capabilities so, alongside Android & iOS, you can also work on Google Chrome if you want which literally means that working on your desktop is also possible. They also have a community where you can share your music with 180+ countries.

So, those were our top recommendations for the best music recording apps for Android. Which one did you like the most? Don’t forget to tell us in the comments section below.

Best iZotope Plugins To Up Your Music Production Game